Our choir was established in 1948 as the choir of the OKISZ under the leadership of Miklós Pászti and Árpád Fasang. Their successor was József Maklári, who became the conductor in 1963.

The choir revived in 1997 by two young conductors Gergely Tardy and Zoltán Frank. Our present conductor Zsófia Cseri has been leading us since 2002.

The Membership Of Our Choir:

We are indeed a mixed choir, having members from almost all age groups, different jobs and various stages of musical pre-qualifications. However it is the overall love of music, singing and our community that form a tight bond which keeps us together.

Our Most Important Results:

Golden Diploma and a 2nd prize

1st prize and Golden Diploma in Category ‘A1’

2006: We were qualified as a Special Concert Choir by the Association of Hungarian Choirs  and

1st prize in Category ‘B1’ for mixed choirs

2000: Our choir was qualified as Festival Choir by KÓTA. 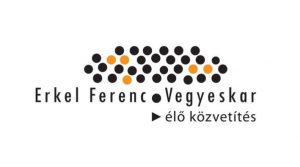